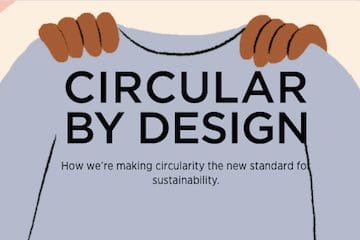 Accusations of cruelty and thoughtlessness have long beset the apparel industry, especially luxury fashion. Practices such as killing animals so people can wear fur and burning unsold goods instead of donating them have exposed the industry to global criticism.

Apparel is one of the most environmentally damaging industries in the world. It is a water hog. According to the World Resources Institute, about 20% of industrial water pollution is attributable to clothing manufacturing. The apparel industry uses 5 trillion liters (1.3 trillion gallons) of water each year for fabric dyeing alone. Levi’s says it uses roughly 1,000 gallons of water to make one pair of jeans.

The World Bank calculates that the apparel industry contributes 10% of annual global carbon emissions and will rise to roughly 50% by 2030 if practices continue.

According to the Ellen MacArthur Foundation, 80% of the fiber used for clothing ends up in landfills and incinerators. In China — the largest clothing manufacturer in the world — coal-burning textile factories produce about 3 billion tons of soot a year, a major contributor to air pollution.

At a time when sustainability is increasingly important to consumers, fashion brands say they are turning away from wasteful and unecological practices. But some of those assertions are little more than hype. “Greenwashing” is a marketing strategy that brands use to portray themselves as environmentally conscious. Absent global standards, however, it is difficult to verify such claims. 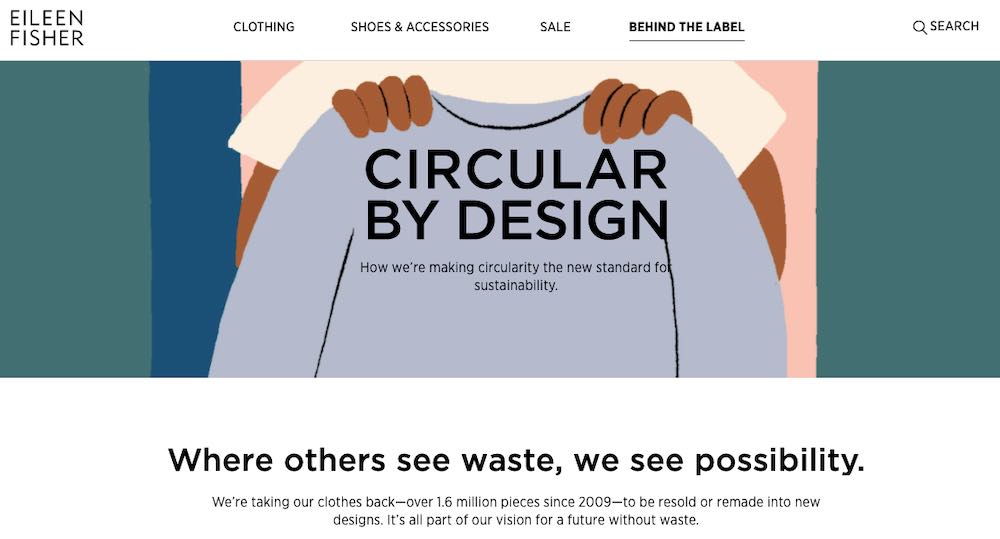 Apparel is one of the most environmentally damaging industries. However, many brands, such as Eileen Fisher, are focused on repurposing and reselling discarded items.

There are signs of progress. A recently introduced bill in the state of New York would require corporations to comply with the sustainable investment agenda called ESG — environmental, social, and governance. Known as the “Fashion Act,” the proposed law takes a radical approach to accountability. It would apply to global apparel and footwear companies with more than $100 million in revenue doing business in New York.

The proposed law would require manufacturers and retailers to list and track a minimum of 50% of their supply chain — from raw material producers to retail stores. Subject companies must publish an annual “social and environmental sustainability report” that includes all policies, processes, and activities that identify and mitigate potential environmental and social impacts.

A unique feature of the proposed law is that both the New York attorney general and citizens — through a citizen suit — could challenge a company perceived as non-compliant. Violators would be fined up to 2% of annual revenue over $450 million.

The Fashion Act would be the first law in the world to target sustainability practices of the fashion industry.

A movement called “ethical fashion” aims to reduce harm to people and the environment from apparel production and distribution. It’s a broad and vague concept.

Major brands committed to ethical fashion include Eileen Fisher (which says it has taken back and repurposed more than 1.6 million pieces of clothing since 2009), Christian Dior, Nike, Adidas, and Everlane.

The global ethical fashion market is estimated at $5.8 billion in 2021 and expected to reach $8.3 billion in 2025, according to the “Ethical Fashion Global Market Report 2021” from publisher Research and Markets.

“Fast fashion” refers to the practice of producing high volumes of inexpensive clothing with rapid inventory turnover. It allows consumers to refresh their wardrobes frequently to keep up with fashion trends. But it is much more environmentally damaging than traditional apparel operations. It is the antithesis of ethical fashion.

Some fast-fashion brands — including H&M, Shein, and Zara, three of the largest — are responding to criticism by recycling and upcycling garments to reduce waste.

Predictive analytics firm First Insight surveyed shoppers in 2019 and found that apparel sustainability is becoming a high priority. The survey found that: