B2B Has Made an Omnichannel Pandemic Pivot, With Direct Mail Part of the Mix 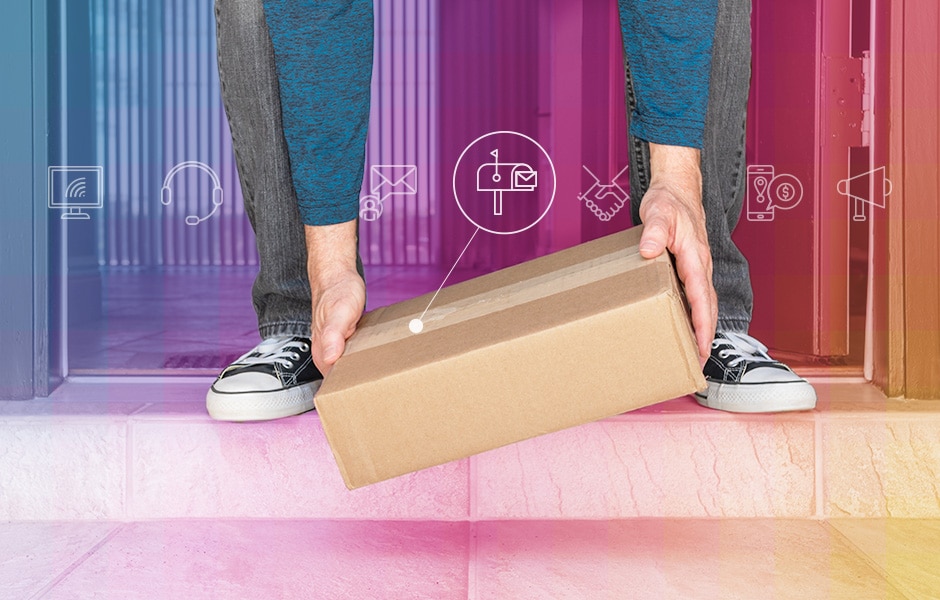 A new survey from McKinsey & Co. found that the pandemic pivot to remote operations has increased the adoption of digital channels by enterprises and led them to accommodate omnichannel sales and marketing.

McKinsey’s latest B2B Pulse Survey found that businesses have dramatically changed the way they line up suppliers and how they deal with those vendors, demanding more digital interactions that mirror those they have with their own customers. The survey found that ecommerce is now a favorite channel for enterprises to do business with their own vendors.

Corporate buyers are more willing to make larger purchases online. The survey found that, by the end of 2021, 35 percent were comfortable spending $500,000 or more in a single transaction, up from 27 percent in February. In-person selling bounced back to pre-pandemic levels in 2021, but, by the end of 2021, e-commerce was offered by 65 percent of vendors, compared with 53 percent earlier in the year.

Omnichannel marketing is now as ubiquitous in business-to-business operations as it is with consumers, and direct mail remains a part of the marketing mix and will continue into 2022. In an environment where Zoom has become a verb, B2B marketers are adapting how direct mail plays with the rest of the media plan.

“The prospect has the power when it comes to what they choose and what they don’t choose to engage with,” said Eva Jackson, director of demand generation marketing at PFL. “We all are bombarded with a million messages a day online and offline, so it’s really about making sure that the prospect feels as if they’re in control of that experience. It’s not just one channel or the other.”

In fact, the McKinsey survey found that B2B customers regularly use 10 channels or more when interacting with suppliers, up from 7.5 in 2019. The survey said e-commerce is now considered the most effective sales channel, named by 32 percent of businesses, while in-person sales slipped to second place, named by 23 percent. That’s a flip from February 2021, when in-person sales were first with 27 percent and e-commerce was second with 22 percent.

B2B marketers have also become less loyal and more willing to shop around for goods and services, and McKinsey concluded suppliers will struggle to maintain loyalty if there are any shortcomings in customer service. According to the survey, eight in ten B2B decision-makers say they will look for a new vendor if a supplier drops the ball on some previous guarantee, such as not offering a full refund if a certain performance level isn’t met.

This is an opportunity for direct mail, which is still considered a strong channel for customer acquisition. McKinsey found the “rule of thirds” still applies in B2B sales, where transactions are evenly split between in-person, remote, and self-serve channels. The survey also discovered that 30 to 40 percent of buyers lean on in-person channels for first-time, big-ticket, and complex sales; a similar amount preferred self-service for simple and lower priced transactions.

Direct Mail in the Post-Covid Office

The pivot to remote work did handicap direct mail since most decision-makers were not receiving post from the office mailroom regularly. But that situation will ease up when offices return to in-person work as the pandemic abates and direct mail should be on an upswing later this year. Jackson noted businesses are starting to test-drive hybrid in-person/remote work that brings staff to the office a few days a week, which should benefit direct mail.

“People are starting to say, okay, we’re getting closer to the new normal, so we can start with that again,” said Paula Chiocchi, founder and CEO of Outward Media, a provider of multichannel marketing data.

Meanwhile, Jill Corcoran, CEO of data company Who’s Mailing What, noted an emerging trend in which marketers are seeking to match business identities with residential ones to better target business prospects working remotely. Marketers will still be using mail as an engagement mechanism, “it’s just going to be a bit more intentional,” she said.

Direct mail for B2B that is targeted, data-driven, and part of an account-based marketing (ABM) strategy is still part of this new omnichannel marketing, according to insiders. Overall, integrated marketing is now a major goal; McKinsey found that 89 percent of respondents say that marketing and sales need to work closely together—an all-time high for the survey.

“I think it absolutely serves a purpose, and I think you’re going to see a little bit of a resurgence of it. It’s just going to be targeted like the online [marketing] now is as well,” said Chiocchi. By stepping away from “spray and pray” tactics and targeting using tools such as intent monitoring services, direct mail remains relevant, even as volumes may have decreased, she explained. For example, some marketers can use search history to trigger a mailing to a prospect.

“There is a lot of really cool potential when it comes to leveraging direct mail to drive online experiences. For example, using a QR code on a direct-mail piece to send the recipient to an online landing page,” explained Jackson.

New postal rates going into effect will also spur direct mail experimentation, despite the increase in rates, noted Paul Bobnak, direct mail evangelist at Who’s Mailing What. The new rates allow larger postcards with “a lot more real estate to sell,” and will allow for a richer message, such as including calls to action that integrate digital channels. (Postcards are the growth area in direct mail, according to the annual survey by Who’s Mailing What.) Additionally, several U.S. Postal Service programs and features are incentivizing marketers to experiment with postcards by combining them with digital media

“It’s all data,” said Bobnak. “All of these pieces of data are integrated if you want them to be, if you’re willing to put the investment into it, and if you also have a vision of what each piece does well individually and what pieces can work together.”

Mercedes Cardona is a New York-based editorial consultant and founder of “Commerce and Reads”. She is a veteran editor for media organizations including The Associated Press and The Economist Group and has contributed to books, including “The Advertising Age Encyclopedia of Advertising” and “Single Women and Money.”