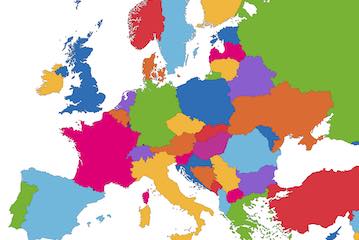 “Ecommerce Briefs” is my occasional series on news and developments that impact online merchants. In this installment, I’ll focus on happenings in Europe.

Ecommerce in Europe has grown dramatically since the onset of the pandemic. According to the “2021 European E-commerce Report” (PDF) from Amsterdam University of Applied Sciences, lockdowns contributed to the increased use of digital technologies, notably online buying in countries that previously had low levels of ecommerce.

Founded in March of this year, ecommerce aggregator Opontia is pursuing acquisitions of small ecommerce companies in Eastern and Central Europe, especially Poland and Turkey. Eastern Europe has the lowest penetration of ecommerce shoppers in Europe and presents a growth opportunity, especially with Covid-19 restricting in-store shopping.

Unlike other aggregators that focus solely on Amazon sellers, Opontia prefers merchants that sell across multiple channels — marketplaces, branded websites, and more. Eastern Europe has the lowest penetration of ecommerce shoppers in Europe and presents a growth opportunity, especially with Covid-19 restricting in-store shopping.

Based in Dubai, with satellite offices in Warsaw and Istanbul, Opontia also intends to buy ecommerce businesses in Africa and the Middle East. The company recently completed a $42 million Series A round of funding and aims to acquire 20 brands in the next six months.

The Italian Competition Authority (AGCM), a quasi-governmental regulator, last week fined Amazon a record €1.3 billion. According to AGCM, Amazon abused its market dominance, harming competitors. AGCM alleges Amazon sellers that handle their own fulfillment do not receive certain benefits, such as increased visibility on the site and access to the Prime label.

The regulator ordered Amazon to expand the benefits and visibility on its Italian marketplace enjoyed by Fulfillment by Amazon customers to all third-party sellers that meet certain standards. Amazon is appealing the decision. In November, AGCM fined Amazon €68.7 million for violating E.U. laws through restrictions that penalized sellers of Apple products.

Europe has seen a boom in same-day (and same-hour) grocery delivery.

Online publication The Information reported that Amazon plans to expand online grocery ordering and delivery throughout Europe and the U.S. in 2022.