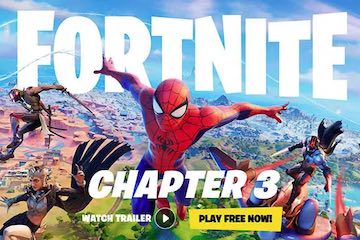 On March 2, 2022, Epic Games announced that it was buying Bandcamp to develop an ecommerce-powered marketplace for creators. The move is the most recent example of businesses seeking to harness engagement in a new economy.

Unreal has a community of “creators” who use the tool for video games and live broadcasts, among other uses.

Epic Games is best known as the publisher of Fortnite.

Bandcamp is a marketplace for musicians to connect directly with fans. Those musicians and Unreal’s developers are examples of creators.

According to Epic’s announcement, “Epic and Bandcamp share a mission of building the most artist-friendly platform that enables creators to keep the majority of their hard-earned money. Bandcamp will play an important role in Epic’s vision to build out a creator marketplace ecosystem for content, technology, games, art, music, and more.”

The Creator Economy. A creator is a person who drives engagement. Creators are musicians, coaches, writers, and ordinary folks who garner the attention of others.

One could argue the so-called creator economy is a response to a need, as explained by futurist Paul Saffo, to produce engagement, overcoming a lack of attention due to the overwhelming availability of information and entertainment.

Saffo gave a lecture in 2015 on the creator economy and engagement for the Long Now Foundation, a San Franciso-based think tank. It is worth watching.

The creator economy has already made businesses such as Facebook (now Meta), YouTube, Twitch, and similar wildly successful. But there is a hitch. The creators, the folks driving engagement, are increasingly interested in getting paid.

Someone putting puppy pictures up on Instagram might not realize that she is helping the platform create engagement, which it can monetize as advertising. But other creators want to earn a living. That is precisely what Epic Games, Bandcamp, and many others are trying to enable.

Pictures posted to @sir.henry.dachshund on Instagram drive engagement, however small.

Marketplace. Using the term broadly, a marketplace describes a space wherein people come together to exchange things of value. Social media, search engines, and many software tools are potential marketplaces for engagement, attention, and data.

The odd item out is data. The engagement and attention seem apparent. But data is how Facebook, YouTube, Google, and others earn billions of dollars via ad targeting.

Epic might envision Bandcamp as a more direct exchange of engagement and attention. It cut out the data middleman, allowing individual creators to earn a much greater revenue share.

This idea of connecting creators to audiences could be disruptive.

Ecosystem. Using the term ecosystem, Epic Games was presumably thinking of itself, Bandcamp, and creators. But other businesses will also participate.

Epic Games needs partners to facilitate the profitable exchange of engagement and attention. These could be providers of infrastructure, marketing, and financial services. Hence, many businesses have started to see themselves as the hub of connected companies.

In effect, these businesses are trying to do what Chinese firms Alibaba and Tencent have accomplished.

For the purveyors of retail or B2B goods, the creator economy has the long-term potential to change how products are promoted, sold, and delivered. We can perhaps see shadows of what is to come in the privacy movement, blockchain, or the decentralized web.

In acquiring Bandcamp, Epic Games is the most recent example of businesses conforming to the new creator economy.

Free The Story: How B2B Marketers Can Use Digital Storytelling To Bring Content Alive In New Ways

Branding in the Metaverse: How to find success on Roblox