The Manyavar X Marvel Crossover Nobody Expected But Everybody Wanted

After This Campaign, Wrogn Might Just Be The Next Word You See In The Oxford Dictionary 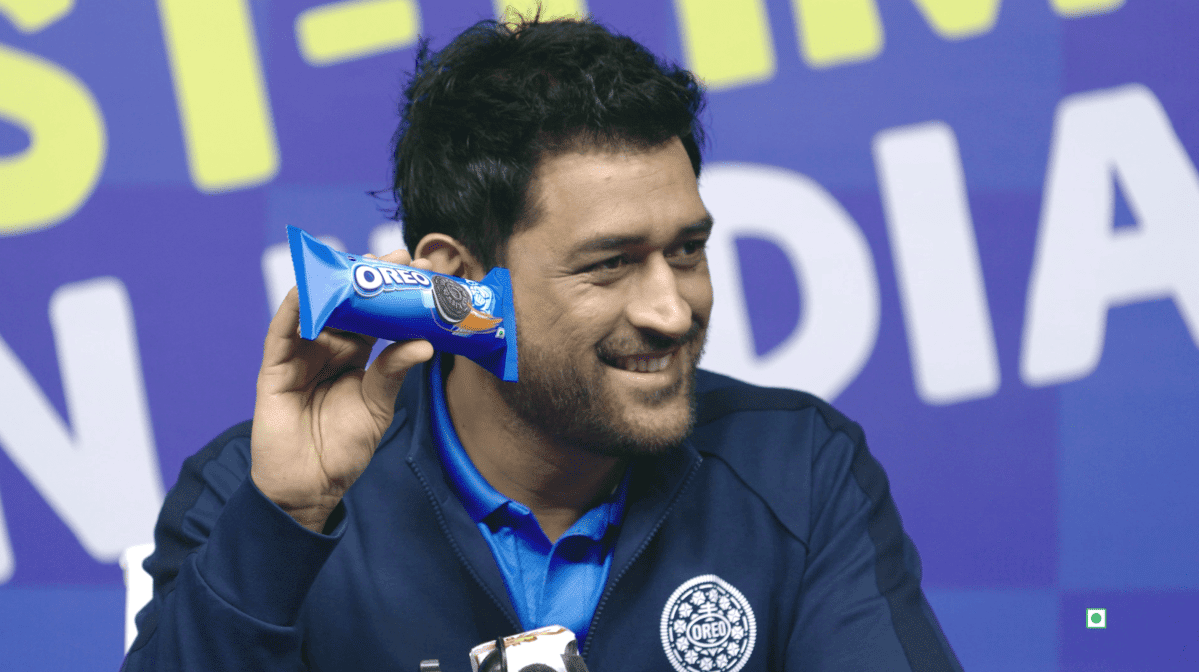 If there’s one thing that can turn even the most non-superstitious person into a superstitious one, it’s got to be a game of cricket.

Have you ever continued sitting in an uncomfortable way because it’s been turning out lucky for India?
Have you re-worn a particular t-shirt because India won the match last time you wore it?

Every cricket fan in India can relate to these superstitions.

OREO has taken this insight and this vibe of ‘bringing in luck’ to a whole new level with their latest campaign:

OREO is launching in India for the first time ever (again)!

Sounds crazy? We aren’t making this up.

OREO got their OG brand ambassador aka Captain Cool aka MS Dhoni himself to launch (once again)the cookies in an exclusive press conference.

In his signature cool and calm demeanour, Dhoni explains the logic behind the whole campaign:
To create history, you need to re-create history.

Our favourite bit about this video has got to be Dhoni with the 2011 hairstyle and jersey.

OREO is playing with the ‘same’ concept to position themselves as die-hard fans doing their bit to help India lift the trophy once again, just like they did 11 years ago.

The campaign evokes nostalgia, anticipation, and a whole lot of patriotism

Every Indian fan remembers the events of 2011 like it was yesterday. OREO sought to reinforce the feeling of excitement and get every cricket lover in the spirit ahead of the 2022 Cup.

The campaign is a fun blend of quirky and strategic, generating excitement and creating a high recall value because of the emotional appeal.

From the ‘exclusive’ press conference to MSD’s very lovable acting skills, what’s not to love. An iconic campaign that we hope turns out true: #BringBack2011!