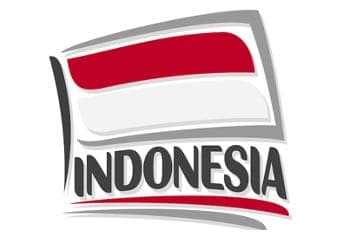 Indonesia flies under the digital radar despite its sizeable ecommerce market. The country’s population is 278.3 million, the fourth largest globally. With over 10 million residents, Jakarta, the capital, is the biggest city in Indonesia and Southeast Asia.

Indonesia consists of over 17,000 islands, creating both ecommerce opportunities and a logistics challenge. Consulting firm McKinsey & Company estimates that ecommerce consumers in small towns and remote islands save 15 to 25% by shopping online because there are few brick-and-mortar stores and prices are high.

Eighty-seven percent of Indonesians are Muslim, the largest population globally. Twenty percent of the country is middle-class.

Indonesians are avid social media users, and the country is a mobile-first market with many residents never owning a computer. According to a McKinsey survey, almost 80% of internet traffic goes through mobile connections. The population’s median age is 30 years, and young consumers are digitally sophisticated. The 30- to 39-year-old cohort accounts for 47% of ecommerce spending.

According to a report from the Singapore-based Institute of Southeast Asian Studies, about 138 million Indonesians shop online — roughly one-half of the population. The ecommerce sector accounts for 72% of the total value of the digital economy. Only a quarter of ecommerce purchases are cross-border, but researchers expect the market for goods from other countries to expand.

Indonesia is the ninth largest ecommerce market, with projected 2022 sales of USD $59 billion, according to Statista. Redseer, a consulting company, reported that the number of online shoppers in Indonesia grew from 75 million pre-Covid to 85 million during the pandemic.

Revenue. Fashion comprises 31% of Indonesia’s ecommerce revenue. Electronics and media is second at 23%, followed by food and personal care at 16%, toys and hobbies at 16%, and furniture and appliances at 14%.

The most significant ecommerce player in Indonesia is retailer JD.id, with 2021 revenue of $2.3 billion. Next is Shopee.co.id, a marketplace, with revenue of $390 million. Orami.co.id, a “parenting platform” combining commerce and content, posted 2021 revenue of $295 million.

Payments. Sixty-six percent of transactions by volume in Indonesia are cash. The most popular digital method in 2020 was preloading cash value onto an e-payment application via a website or mobile wallet — accounting for almost 30% of all total payments. Czechoslovakia-based GoPay ranked first among those applications, followed by two domestic providers: OVO and ShopeePay.

The top visited Indonesian marketplaces, according to Ecommercedb, a division of Statista, are as follows.

Tokopedia. Founded in 2009, Tokopedia is a B2C and C2C marketplace. It garnered 135 million monthly visits in the first quarter of 2021. Electronics is the most popular product category, followed by fashion and groceries.

Shopee. The aforementioned Shopee, founded in Singapore in 2015, earns most of its revenue in Indonesia. It is the second-largest marketplace in Indonesia in terms of traffic, with 127 million visits per month. Shopee’s most popular categories are beauty, household appliances, and fashion.

Bukalapak, founded in Indonesia in 2010, is another C2C and B2C marketplace with 34 million visitors per month in the first quarter of 2021. It also serves mom-and-pop shops known as warungs located in more remote areas. Bukalapak now has about 6 million merchants selling a wide variety of products. In 2021 Bukalapak went public in an IPO that raised $1.5 billion.

Lazada, owned by Chinese ecommerce giant Alibaba, emphasizes low prices. Electronics and fashion are the two most popular product categories. Lazada also offers a logistics and payments infrastructure for its ecommerce sites in various countries in Southeast Asia. In the first quarter of 2021, the site captured 30 million visits per month in Indonesia.

Although it has seen significant growth, ecommerce in Indonesia faces challenges. For instance, the country lags behind its neighbors in logistics and service. A high percentage of deliveries are on motorcycles. Indonesia also lacks an educated, digitally sophisticated workforce. Just 13% of Indonesians have a university education.

Moreover, only 49% of Indonesians use banking services, according to the report from the Institute of Southeast Asian Studies.

Unlike other countries, C2C marketplaces play a prominent ecommerce role, which contributes to fraud and uneven service quality.

Branding in the Metaverse: How to find success on Roblox