Purpose Without Proposition Is an Empty Promise

Social Influencers: How the Interest Graph is Changing the Game 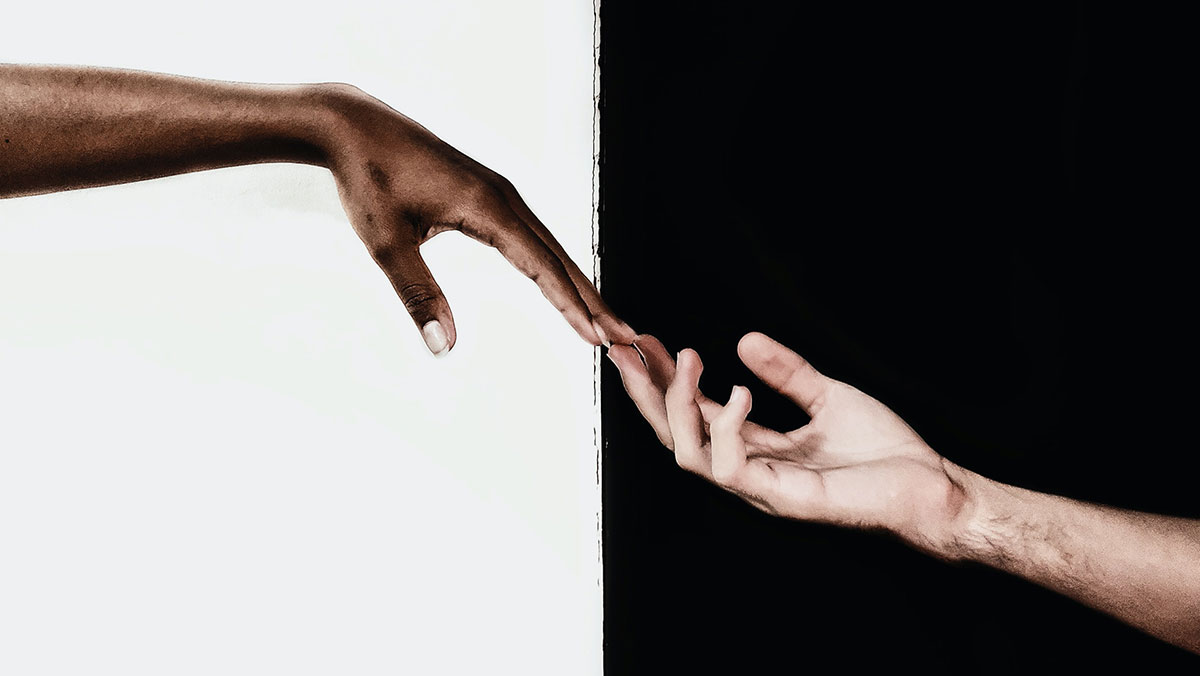 In branding, today, purpose is power. But it’s all too easy to fall short because purpose needs to contain a strong proposition to unlock its true potential. This means putting it at the heart of your strategy and making it a driver of performance and passion.

It’s an exciting time for change.

As much of the world’s attention is understandably still focused on the pandemic, under the surface, some seismic shifts have taken place in the world of work and business. The issues are not new, the tectonic plates have been rumbling for a while, but the pandemic has caused a sudden jolt forward in the speed and direction of travel.

The debates on how to tackle climate change along with racial and social inequality are two high-profile examples where the pandemic has helped radically change the conversation. These issues have been thrust into the spotlight, with urgent demands for reappraisal and more action from “we, the people”.

Closer to the world of business – and admittedly less existential – we’ve seen this in the issue of flexible working. Very much a live issue pre-pandemic – and a big issue for those most impacted by its absence – but now it’s suddenly (and probably irreversibly) mainstream.

What’s it all for?

Another business issue that will have a much more significant long-term impact on the world is what’s increasingly being called “corporate or brand purpose”.

Of course, purpose has been bubbling for a while, and some pioneering organizations have been engaging seriously with it for some years. But the pandemic has pushed it up the CEOs’ agenda from ‘an optional, nice to have’ to much more of a ‘vital, must have’ in only a few months – but I think it’s not yet properly acknowledged just how big a deal this is for businesses because, understandably, there’s been a lot going on.

Microsoft’s CEO, Satya Nadella, recently captured the challenge saying that, in the future, “you’ll only have permission to profit as a business if you have the consent of customers”.

In the knowledge-led industries that I pay most attention to – those led by consultants, lawyers, scientists, architects, engineers, and designers – commentary around Accenture’s recent purpose statement, unveiled as part of a $90m brand campaign, highlighted the change.

Many commentators observed that Accenture’s was the most recent in a long line of purpose statements from other similar businesses.

Over recent years, more and more firms have begun a push-and-pull process on purpose in a similar way that companies first began to wrestle with complicated sustainability and diversity/inclusion issues.

The reason I say ‘push-and-pull’ is because I think it’s fair to say that, on these issues, beyond a few pioneering organizations, most initially adopted a ‘good intentions’ approach. Not a cynical approach – at least not for the vast majority – in the sense that they wanted to do the right thing but found it much easier to take a light-touch approach. As soon as they began to peel back the layers and began to engage on a more consequential level, they quickly realized that this wasn’t easy, and it involved new and uncertain tensions and trade-offs – it wasn’t just a one-way street.

A recent McKinsey survey among employees of US companies, for example, found that, whilst 82% said they thought purpose was important, only 62% said their company had a purpose statement, and even fewer, 42%, said their organization’s purpose had any day-to-day impact on their work.

For leaders of knowledge-led businesses, the parallel with D&I and sustainability today versus a few years ago is helpful to think about when it comes to purpose. Today, most organizations have highly sophisticated D&I strategies and climate change policies and have begun to seriously engage with the long-term and systematic challenges that these issues demand.

Today, leaders know that a line at the back of the annual report making a “commitment to diversity and inclusion” or a “consciousness of environmental impact” no longer cuts the mustard.

So it is with purpose.

Initially, the brands that found it easier to go further with purpose were, on the one hand, quirky pioneers (Patagonia, Ben & Jerry’s, Ted’s Shoes) and on the other, those large organizations that happily discovered that what they ‘did for a living’ lent itself readily to a purpose-led strategy (Tesla, Google, Ikea).

That’s not to undermine the genuine commitment these and many other brands make to their stated purpose. It’s simply that it’s an easier start if you only make electric cars because you’re already reasonably close to the zeitgeist when it comes to developing your purpose strategy.

Some businesses have the relative advantage of having been “invented” with a sense of purpose – to make the world a better place and make money doing it.

What’s the purpose of services?

But what about the rest of us – CEOs and CMOs leading organizations that sell services and knowledge to other businesses, that may have been ‘invented’ decades or even centuries ago when it was perfectly acceptable to have a business strategy that was just about making money doing something other people wanted to pay for? Simpler times!

At the same time, knowledge workers are the most likely to demand that their organization contributes to the world beyond making money and paying taxes – and the pandemic has accelerated this trend.

As a recent McKinsey report on the subject put it, developing your purpose requires a “deep reflection on your corporate identity – what you really stand for – which may well lead to material changes in your strategy and even your governance”.

Yikes! That’s a bit more complicated than a generic statement about wanting to ‘unleash potential’ or something like that.

Most sophisticated knowledge-led businesses already have strong CSR programs – which sit alongside the core business activity – many of which are innovative, impactful, and genuinely beneficial to those stakeholders inside the company and those outside that are targeted.

The challenge for these same knowledge-led organizations is extending their purpose into the day-to-day core business (not just sponsorships and supporting good deeds) and moving beyond having a purpose statement to genuinely living one. To do this, the leaders of these organizations need to dig deeper and connect their purpose (their values and aspirations) more tangibly with their proposition (what they do to make money). Mark Zuckerberg’s feet are currently being held to the fire by people arguing that, in Facebook’s case, the two are disconnected and even in conflict with one another.

Hard but not impossible

“. . . branding demands a coherent narrative, not just a list of targets, to capture the hearts and minds of the human beings (both inside and outside the firm).”

It must be led from the top and involve stakeholders from inside and outside the organization (leaders, employees, clients, investors, relevant NGOs, and regulators).

It must, just as with strategy, be a process designed to develop a strong and coherent narrative that connects to concrete and deliverable plans.

That’s where the disciplines of a brand-led approach can help – branding demands a coherent narrative, not just a list of targets, to capture the hearts and minds of the human beings (both inside and outside the firm).

An effective purpose-led strategy requires a combination of a brand-led mindset and a business-led one – which is why most brand slogans don’t connect to the business, and most strategies don’t inspire much excitement beyond the executive team that developed it.

And, most importantly, along the way, some views may need to be challenged and specific tensions and trade-offs resolved rather than fudged if the result is going to have teeth, create real impact, and overcome skepticism among some of the most passionate constituencies within the organization.

On the positive side – just as many CEOs have found after taking a much more determined and systemic approach to issues like D&I and sustainability – once you begin to engage with purpose on a deeper level, it can become a real source of energy and even competitive advantage. Initially among employees, then recruits and increasingly among clients and your network of external stakeholders.

Three examples of adopting a purpose-led strategy with a clear proposition stand out in the world of knowledge-led businesses.

PA Consulting has adopted a powerful new purpose-led brand strategy around the concept of “Bringing Ingenuity to Life” in an increasingly technology-driven world. A concept that not only inspires but, more importantly, goes right to the heart of their business strategy and their proposition to clients.

Johnson Matthey is a FTSE 100 global company that’s been in business for more than 200 years – initially dealing in precious metals but more recently evolving to be a world leader in clean air and battery technologies. JM’s brand strategy – encapsulated in “Inspiring Science. Enhancing Lives.” – also runs deep into their growth strategy and continuing evolution as a business.

EY’s “Building a Better Working World” is an excellent example to anyone who thinks that their own business is just too big and too diverse to be able to connect it to a unifying sense of purpose with a baked-in proposition. When you dig into EY’s purpose, it feels authentic and consequential – not just an empty promise. It’s also a great example of a purpose-led strategy that they’ve been able to grow into over time and gradually make it more meaningful as they go.

Away from single-company, purpose-led strategies, an interesting trend that might be a source of inspiration for leaders of knowledge-led businesses is observing networks of companies forming ‘purpose-led coalitions’ to address significant, systemic issues that are close to their core business but that, as just one player, they would struggle even to begin to make a dent in.

A powerful example is the Global Fashion Agenda, where big apparel companies including Nike, H&M, and Asos have pooled resources to create a sustainability movement focused on ethical supply chains.

A much older one (created 20 years ago, before the modern concept of ‘purpose’ was even coined) is the Marine Stewardship Council. Initially set up as a joint venture between the WWF and Unilever (and now funded by a much wider group of stakeholders), the MSC’s initial purpose was to enable producers like Unilever to identify and source from sustainable fisheries. A certification that previously didn’t exist.

This is certainly something that knowledge-led businesses should consider.

Imagine, for example, a combination of a global law firm, tech company, bank, and airline getting together to make a dent in enabling better and fairer access to legal international migration services.

The past is a foreign country

The pandemic is changing many things and stimulating reappraisals of long-held norms.

One of those is an acceleration in the forces driving the market demand for purpose-led strategies in businesses of all kinds.

Whilst this creates some big challenges for leaders guiding their stakeholders through these changes, it also throws up new opportunities for those that choose to get ahead of the demand and embrace the implications rather than try to mitigate them.

There’s no going back, so we might as well go forwards.