So Many Email Accounts—What’s a Marketer to Do? 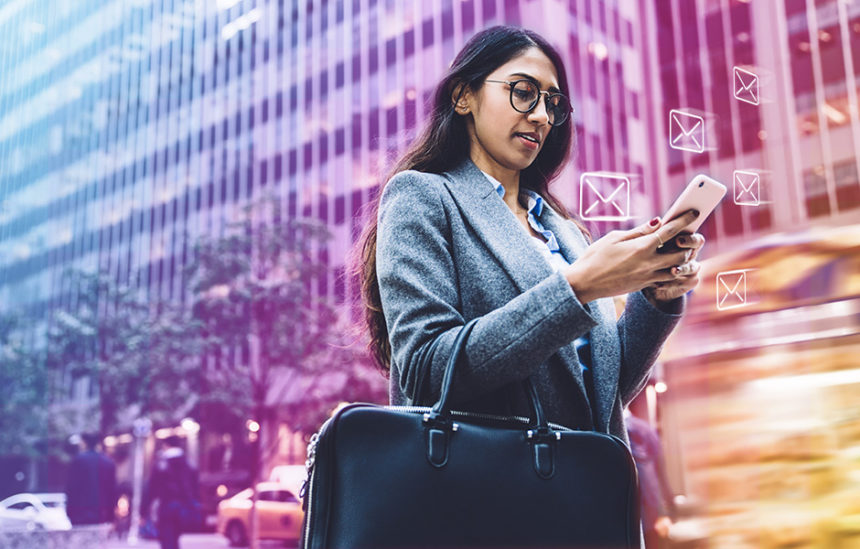 My teenage daughter has five email addresses. That’s right, five. She says she needs multiple emails because she uses each one for a different purpose:

It feels like a ridiculous number to me. (Admittedly, I’m a minimalist with only two email accounts—one for work and another for everything else.) My daughter’s multiple emails make me a little crazy because when I’m trying to send her something, I always forget which address to use—and I’m also never quite sure she’ll actually see my note.

Is she dutifully checking each of those five accounts every day? Probably not.

My daughter certainly isn’t the only one hoarding free Gmail accounts. According to an impromptu poll on LinkedIn by PFL President Nick Runyon, among the 716 people who responded, the vast majority—70 percent—reported using two to four email addresses. Plenty of respondents had many more: Nearly a fifth, about 18 percent, had five to seven accounts, and 7 percent had a whopping seven-plus email addresses. Meanwhile, a mere 5 percent of respondents had only one.

Retailers Are Getting Lost in The Mix

For retail marketers intent on reaching consumers, this scattered email scene can be a nightmare. Imagine how lost in the shuffle they must feel when trying to send promotions to customers who are forcing them to visit a mostly deserted fifth email account that sees more cobwebs than clicks.

It’s no wonder so many businesses are having trouble connecting to customers. The average consumer’s attention is diluted daily by a wide variety of devices and apps—TV, email, social, mobile. So how can a anybody with five different email accounts possibly keep up with all the messages pouring in every minute of every day?

After all, the sheer number of daily emails being delivered has skyrocketed globally every year since 2017, according to Statista. In 2020, roughly 306.4 billion were sent and received daily; by 2025, that figure is expected to increase to more than 376.4 billion. That’s hundreds of billions of emails floating between four billion email users each and every day.

With our collective attention being diverted in so many different directions, plenty of these emails go unopened. Across all industries, the average email open rate is 20 percent and the click-through rate to a link within the email is a dismal 1.5 percent, according to Constant Contact.

Out of curiosity, I recently checked my own “promotions” tab in Gmail to find that it’s cluttered with 18,804 emails from folks trying to sell me everything from a night out at a Celtics game to new sweatpants so I can hang at home. The vast majority of these emails remain untouched; I’ve only bothered to glance at one out of 1,000 or so.

With so many digital messages competing for consumers’ attention, it’s also no surprise that when people do take the time to click, they don’t linger long: While email users spent an average of 13.4 seconds on each brand email they opened in 2018, three years later, their average viewing time was down to 10 seconds, according to an analysis of nearly eight billion email opens by Litmus.

Direct Mail Is an Antidote to Digital Fatigue

It might be easy for marketers to ship enormous batches of email promotions day after day, but they must feel a little like the desperate quarterback throwing a Hail Mary pass: The ball just might miraculously hit the mark and win the game, but, more often than not, it’s going to end up incomplete. To make worthwhile contact today, businesses need to focus on fostering real, physical connections.

Direct mail, in particular, has the ability to stand out in a sea of digital messages—and it’s an effective way to reach not only Baby Boomers, but younger folks as well. Many marketers likely assume Millennials, who were born and raised on the Internet, are averse to anything analog, but that’s not necessarily so. This generation is actually suffering from digital fatigue, too. In fact, in a 2018 survey by Fluent, 37 percent of Millennials said they received marketing emails “way too often.”

Other research shows this age group also has an affinity for physical mail. In one survey, for example, 62 percent of respondents said they had visited a store in the past month based on information they received in the mail—even more than the 55 percent of Gen Xers and 52 percent of Boomers, according to research by the U.S. Postal Service. Millennials are quite the coupon clippers, too; 69 percent said they liked getting restaurant coupons in the mail, and 65 percent appreciated receiving retail coupons.

Brands that complement their email strategy with personalized direct mail offerings will be taking advantage of this key opportunity to reach consumers of all ages.

Unlike the Hail Mary email, a piece of direct mail that winds up in the right person’s hands at the right time can be a game-changer. Why? Because it actually connects.

Dina Gerdeman is a writer and editor based in the Boston area.