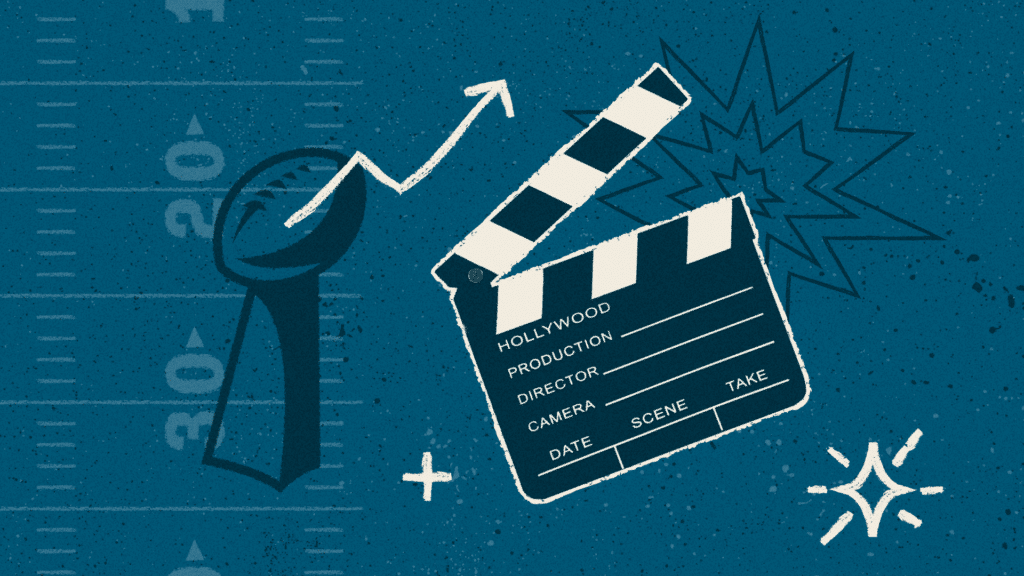 The Super Bowl is not just the biggest night in sports — it’s also one of the biggest nights for Hollywood, presenting the film industry with a golden opportunity to preview blockbuster films and shows for an enormous TV audience. But last year, in the midst of a tricky marketing environment brought on by the coronavirus pandemic, Hollywood largely sat the big game out.

This year, they’re back. Several studios are expected to premiere trailers for big-budget productions, including Amazon.com Inc.’s “Lord of the Rings” series and Universal Pictures’ “Jurassic World: Dominion.” Super Bowl LVI in Los Angeles provides the perfect stage for Hollywood to reintroduce itself, and its offerings, to the American public ahead of a year with presumably improved box-office conditions.

What the numbers say

With U.S. movie theaters closed for much of 2020 and many consumers still uncomfortable returning to theaters throughout 2021, studios didn’t have much reason to tout their theatrical offerings during Super Bowl LV. Entertainment companies instead met the moment, shifting focus to marketing streaming services as consumers increasingly stayed home and binged. But a lot has changed since then.

Per Morning Consult’s Return to Normal tracker, consumer comfort with going to the movies has rebounded in recent weeks to 50 percent as the omicron variant wanes, roughly twice the share that was comfortable at this time last year. Audiences are feeling more secure with moviegoing — now they just need films that will persuade them to leave their couches.

NBCUniversal, in addition to the “Jurassic World” sequel, is expected to air the first look at Jordan Peele’s next film, “Nope.” Paramount Pictures, Netflix Inc. and Walt Disney Co. are also expected to have a presence during the game, but Warner Bros., which is preparing to launch “The Batman” in a few weeks, will reportedly not air any trailers on Sunday night. There may also be a surprise or two, like in 2018 when Netflix announced the same-night release of “The Cloverfield Paradox” onto unsuspecting viewers.